Whether it was accidental or in a fit of emotion, almost everyone has made the quick decision to block someone from their Facebook account. It may be just seconds, days, or even years later, but a change of heart might strike.

When this happens, knowing the quick fix to get the stalk on or to rebuild old bridges for friendship or business can make the past actions old news. This guide shows the best ways for how to unblock someone on Facebook. Use a mobile phone, a desktop website, and even Messenger 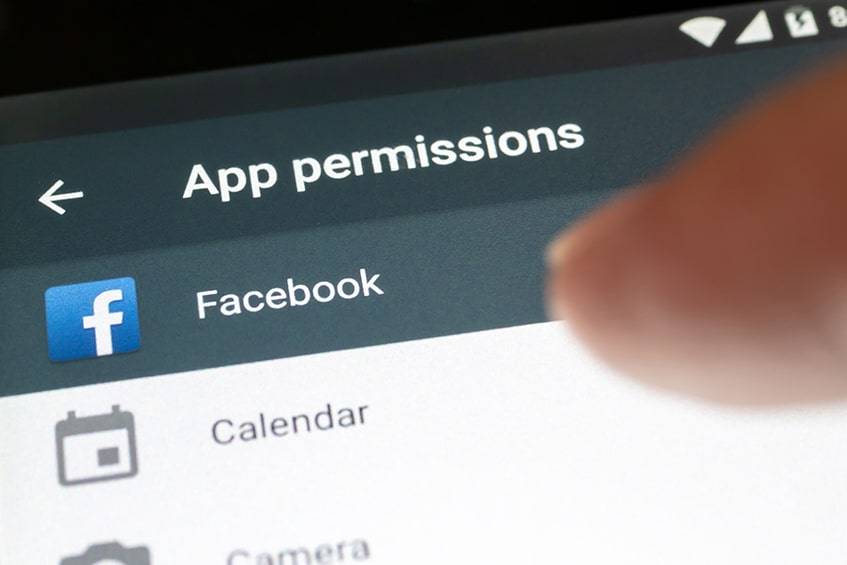 1. Open the App on the Phone and Login

Locate the app on the mobile device and tap it to open it on the main screen. From there, the user must log in to the account. Enter the associated username and password. This will prompt the main homepage inherent to Facebook.

Access the main menu by locating the menu button. For users with an updated version, this button will appear as three horizontal lines. It is in the top right-hand corner of the screen.

With the menu button tapped, a new screen will pull over from the right side of the device. Once this is open, scroll down through the other options to the bottom of the menu. Here there will be an option for “Settings & Privacy” with a gear beside it. Tap that.

Select the “Settings & Privacy” option for a new menu to pull up from the bottom of the screen. Tap the “Settings” option next.

In the “Settings” menu, there is another option for blocking. Scroll down to the approximate middle of the page. The “Blocking” feature will be under the specific “Privacy” menu. Tap the “Blocking” option.

In the “Blocking” page, there is a list of all the people that are currently blocked. To take someone off, tap on anywhere on the horizontal bar that features their name and picture.

7. Finish by Tapping the “Unblock” Button

Tap their icon and notice a pop up describing what it means to unblock someone. Note this cannot be reversed until 48 hours afterward. There are two options. The “Cancel” button and the “Unblock” button. Make it official and tap the latter.

How to Unblock Someone on Facebook Using a Desktop 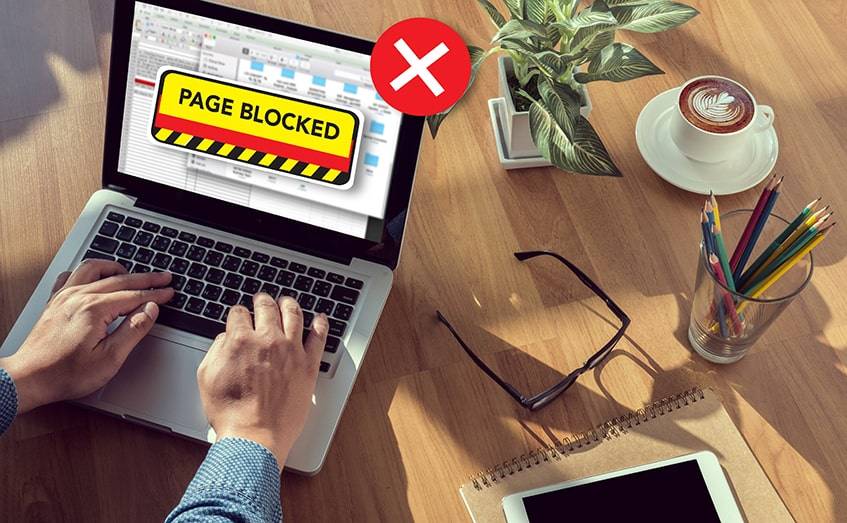 Even in 2023, not everyone prefers using a mobile phone. Whether this is by choice or not, some people will want to be able to unblock anyone through a desktop. Facebook and news platforms like Twitter have ensured that this is still possible. Figure out the best method for how to unblock someone on Facebook using a desktop below:

1. Open the Webpage and Login in

2. Find and Select the Menu Icon

In the case of the desktop page, the menu icon looks different than it will on the mobile apps. Look to the far right of the page along the blue icon line at the top of the feed. Here, there should be a small downward pointing arrow. Select this to see a dropdown menu of more options.

From the dropdown menu that originates from the downward-facing arrow, look towards the bottom. Close to the end of the menu, there will be an icon that says “Settings.” Select this to go to the next applicable webpage.

4. Locate and Select the “Blocking” Option

The next page is “General Account Settings”. Once on this page, there are options on the left-hand side that displays all the possible options. Approximately halfway down is the “Blocking” option.

Facebook’s website gives more options for how to manage to block other users. Look in the section labeled “Block users” for the list of those that are currently blocked. There will also be an option to add more users.

6. Select the “Unblock” Options and “Confirm”

Click on the blue “unblock” option that is beside their name. This prompts a popup box that contains information regarding what happens with the confirmation action. Select “Confirm” to complete the action. 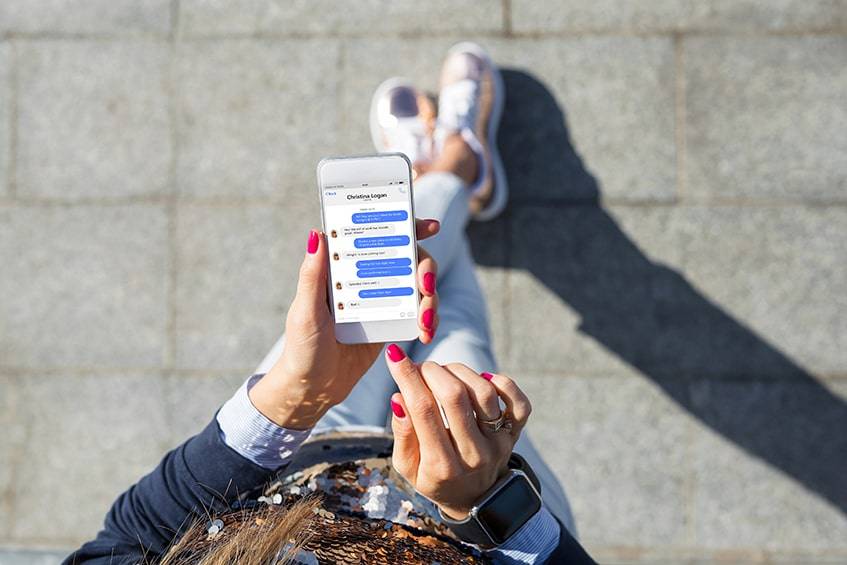 Studies done in 2023 considered the popularity of social media platforms such as Twitter, Youtube, Linkedin, Instagram, and Facebook. Facebook was deemed one of the most popular social media outlets. When they went ahead and created the free Facebook Messenger, the business exploded all over again. Messenger is now a highly favored method of online chatting. The same as with any other social media interface, users may feel the need to block others.

It happens for several reasons, maybe they are just irritating, creepy, infringe on privacy, or are tearing business down. However, the time may come when the action needs reversal. To learn the best way how to unblock someone on Messenger:

1. Open the Application and Locate Your Photo Icon

On the mobile device, find the application and open it. Then, look at the top left-hand corner of the screen. Here, there should be a circular icon that contains the profile’s photo. Click on this.

Clicking on the personal photo icon will bring up the menu for the Messenger account. Scroll down to the bottom of the menu. Close to the bottom will be the icon labeled “Account Settings”. Click on this to open the next menu.

Selecting the “Account Settings” icon will bring up a new screen of options. About halfway through these options, there are several options under the heading “Privacy”. There will be an icon labeled “Blocking” here. Find and select this icon.

When the “Blocking” menu comes up, it will feature a search bar to add more individuals. There will be a list underneath this that shows all the people that are currently blocked. Locate the person’s name here.

Beside each person’s name, there will be two options. Select the “Unblock” button to see a new screen informing the user of the outcomes associated with the action. To complete the process, select the blue “Unblock” option.

What Happens When You Unblock Someone

When someone becomes unblocked, they receive more access to the user’s online profile than before. Here is a list of all the actions that will follow the unblocking:

Also note that if the purpose of unblocking is only temporary, the user will not be able to block the individual immediately after but has to wait until 48 hours later.

How Long Does It Take to Unblock Someone on Facebook

Why Can’t I Add Someone Who Unblocked Me?

Even if someone has unblocked another Facebook user from their account, they may have other settings that keep them from becoming friends. This can include settings that make it open to the public or just friends of friends that can send them friend requests. They will also still need to approve the request before you are friends again.

How Do You Unblock Someone Who Blocked Me

This is the same procedure as normal. Here is a summary of the best way how to unblock someone on Facebook:

What Happens When You Block Someone on Messenger and Then Unblock Them?

Unblocking someone on Messenger will have the same effect that it would have if the friend was unblocked on either the website or an Android or iPhone. All the restrictions are off of the account. They can see everything posted in the past, old tagged posts are visible again, and they can contact the person again.

Can I See the Profile of Someone I Blocked on Facebook

Even when someone is restricted, however, stories through mutual friends, their mutual messages are still saved on the phone, and any photos or groups that both of the people are in will still be accessible.

Can I Friend Request Someone Who Blocked Me

No. If someone has blocked an account, the user of that account will not be able to see or interact with the other. They will become essentially invisible unless logged in under another profile. If it is accidental, show them how to unblock Facebook users. Then send a friend request.

Yet in 2023, no. If the desire is to block someone for a short time, this is very doable. Unblock them by going into “Settings” and “Privacy” and then “Blocking”. Find their name and then click on the blue “Unblock” button. This will open a popup window. Press “Confirm” to unblock them.

When it is time to let the water under the bridge and initiate new contact, a friend request will need to be sent. Even if the person was a friend before, the blocking nullified this. Send them a friend request or let them know that they are free to send one back.

Whether it is on Facebook Messenger, a mobile device, or the website, it is good to know that blocking someone doesn’t have to stick forever.